Sushi is Japanese food by tradition, but it is currently enjoyed by cultures around the world. In the last 20 years, Americans have taken a strong liking to the cuisine, and it can be found in both metropolitan and suburban neighborhoods with ease. While people may use the word “sushi” when referring to raw fish, the term actually refers to seasoned cooked rice. This sushi rice is commonly served with raw fish, but this is by no means the rule. Sushi can be served with a number of toppings and fillings, including seafood, vegetables, and spicy wasabi paste. There are many names for types of sushi, depending on the way it is prepared.

Nigiri sushi is hand-formed sushi made by pressing cooked rice into oblong shapes and topping it with raw seafood and wasabi paste. Maki sushi is the more recognizable type of sushi, where rice and other fillings are rolled inside a nori seaweed sheet and cut into thick, bite-sized pieces. A much lesser known sushi, inari sushi, is a pouch of deep-fried tofu that has been stuffed with sushi rice and other fillings like shrimp or cucumbers. All types of sushi are commonly served with traditional soy sauce and pickled ginger, which aid in digestion. 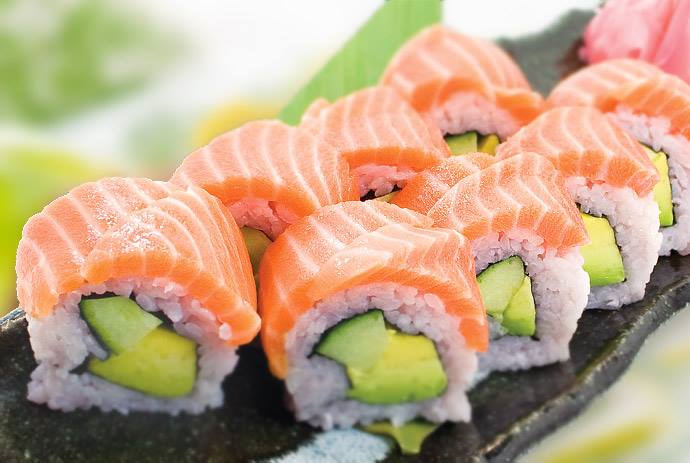